As I sit here and watch and listen to people and how they react or their non-reaction to others around them, it amazes me how shallow and unattached to our counterparts we have become. For example: the old man, with a lost confused look in his eyes as his shaking hands struggled to open the door. The young guy sitting close to the door, just sitting and watching the elderly man struggle. The three highschool girls at the counter  flaunting their looks and daddy’s money, while the highscool girl taking their ridicule and order, while she hides behind the register and what was a smile now has embarrassment on her face. The 30 something on his phone, while his beautiful wife sits there wanting him to ask about her day and the two kids fighting for the attention of a guy that seems to not even acknowledge their existence. And the homeless man pushing his whole exsistance in front of the restraunt stopping to dig in his pocket to see if he has the change for a drink on this hot day, while two people in their 50’s have a look of disgust as the homeless mans face turns from hope to despair over the lack of a nickel.
Doesn’t the young man watching the elderly man know that its not going to be long and he will be that old man that is trapped in his memories and confusion and those are his hands that tremble. And doesn’t that girl hiding under her visor and the cash register know that she’s beautiful and is going to be the object of the boys affection in time, while those three Barbi’s are more then likely never going to know what self respect and true happiness, because they will never know what its like to work and earn their own way through this life.
The guy on his phone won’t realize that those
three people are the most precious and valuable assest  he has, and could be gone in the blink of an eye. He won’t until, someone comes along and ask his wife how her day was, and his daughter grows up seeking the attention of any guy that shows her attention possibly for the wrong reasons maybe not. And his son starts to display a lack of respect and rebellion because negative attention is still attention, and the man is now alone drowning his own self inflicted downfall in booze and substance.
And doesn’t that couple understand that that man, dirty, dishovled and hungry use to be the CEO of a major company and through risky business deals lost everything, his family, business, house its all gone, wasn’t long ago that he was that couple.
After watching the behavior of these people, I wonder what would it hurt if we I mean all of us got up and opened that door, complemented someone, put our phones up and gave our most valuable assets the time they deserve and got up and bought those less fortunate a drink of water or a meal. Because nothing in this life is permanent except death. Why can’t we be less self absorbed, and centered and be more compassionate to each other. 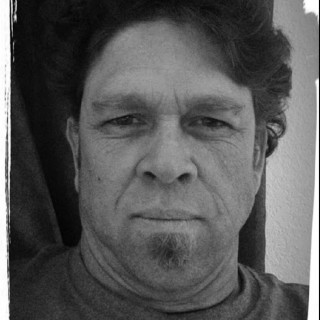 We have all heard that old saying, "Life imates art" well its half right, Life is art, and art is life,,look around, its everywhere, life and art. we have coexsisted since the begining of time and we will continue to, because you cant heve on with out the other. so go outside and enjoy the greatest masterpiece ever, LIFE!!!!!!

Artist of the Month

Featured Artist of the month July